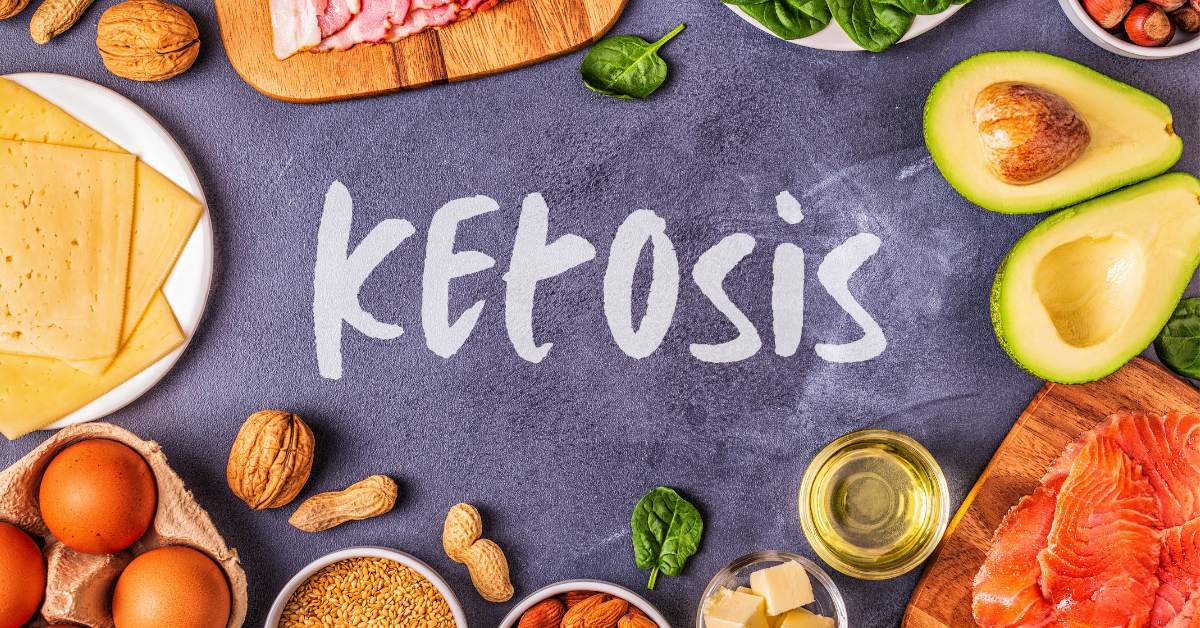 There is a big difference between ketones from a low-carb diet vs. diabetic ketoacidosis. Here's everything you need to know about them both.

Ketones are all the rage these days in the mainstream world of low-carb diets and weight-loss. To a person with type 1 diabetes, it could be easy to worry considering ketones have always been a sign of danger in diabetes management.

Let’s take a closer look at the all-too-trendy world of ketones.

Ketones are an acid that your liver produces when it’s forced to burn fatty tissue for energy.

When your body releases stored fat cells, the liver breaks those cells down into fatty acids and amino acids. These acids can be used for energy when glucose (sugar in your blood) isn’t readily available (like during a very low-carb diet, usually consisting of no more than 20 to 30 grams of carbohydrate per day) or when there isn’t enough insulin available to make use of glucose (like when a person with type 1 diabetes is getting too little insulin).

While your body (including your brain) prefers glucose as its energy source, ketones serve as a sort of back-up energy generator, if you will, to ensure you can continue to function when glucose isn’t available or accessible.

But ketones are complicated. The ol’ phrase “too much of a good thing” rings true with ketones.

Ketones on their own are not harmful -- in fact, they’re actually an awesome way the body protects itself by creating an alternative energy source when it’s preferred source (glucose) isn’t available.

But too many ketones can absolutely become harmful, and easily life-threatening for a person with type 1 diabetes.

But the difference here is not just the amount of ketones but what’s causing the production of ketones. The cause is what truly determines whether they are safe or dangerous.

The cause of your ketones determines safety or danger

As explained in my earlier article on DKA, high blood sugar alone isn’t necessarily going to result in ketones.

“While it’s often thought that high blood sugar causes ketones, it’s really a lack of insulin that results in ketones. This is why people with type 2 diabetes don’t normally produce ketones, because they are still producing enough insulin to prevent ketosis even if it’s not enough to prevent high blood sugars,” explains that article.

For instance, a person with type 1 diabetes can have a severely high blood sugar level, even over 300 mg/dL, but if there is an abundance of insulin also onboard, ketones may not be present.

Another peculiar example of ketones comes from my experience in supporting people with type 1 diabetes during an Ironman event in Madison, WI many years ago. Towards the end of their 12 to 15 hours of intense physical exertion, many of the competitors began feeling very nauseous even though their blood sugar levels were within normal, healthy ranges.

One competitor tested her ketones a couple of hours before the end of her race and discovered they were “moderate” or medium-pink on the urine strip.

Again, her blood sugar was normal at the time, too.

This competitor gave herself a small bolus of insulin with the support of the diabetes educator and was able to clear her nausea and the ketones by the end of the race. Some other competitors followed suit and found the same results.

This is just one example of how complex the body truly is when it comes to ketone production.

In nutritional ketosis, when following a severely low-carb diet, your body is burning fat as a primary fuel source because there isn’t enough glucose present, and the result rarely leads to ketone levels greater than 1.5 to 2 mmol/L.

These lower levels -- when combined with healthy blood sugar levels and adequate insulin -- do not pose any known threat to your immediate or long-term health compared to ketones related to DKA.

And of course, nutritional ketosis comes with an intended promise of weight-loss. At first, this weight-loss comes from a reduction of water retention.

Carbohydrates do cause the body to retain more water, so when you stop consuming carbohydrates, you inevitably lose several pounds. If you stick to your ketogenic diet, weight-loss then begins to stem from burning more body fat for fuel.

Even at low levels, ketosis comes with a variety of side-effects. The more severe symptoms only apply to higher, more dangerous levels of ketosis. Let’s take a look.

Are ketogenic diets safe for people with type 1 and type 2 diabetes?

In short, yes. Some with diabetes swear by them as the way all people with diabetes should eat. But everyone’s body reacts differently to ketogenic diets -- and is heavily pushed by diabetes experts like Dr. Bernstein. They’re said to be a great way to lose weight, maintain healthy blood sugar levels more easily, and reduce your overall insulin needs.

For some, the insulin resistance that results from a high-fat, low-carb diet is troublesome and tedious.

While a low-carb diet is intended to reduce insulin needs, dietary fat does blunt the efficacy of insulin and can lead to an increased need in many.

You’ll also find that even with no-carb, high-fat meals, your body will still need doses of insulin to prevent high blood sugar levels after eating. In addition to your body making glucose out of protein when carbohydrates aren’t available, the fat you’re consuming will usually need insulin along with it to maintain healthy blood sugar levels.

Should you be eating a low-carb or ketogenic diet? With your healthcare team's support and guidance, it could be a great fit for you. Do keep in mind that for many, the restrictive extremes of a low-carb diet can lead to binge-eating carbohydrates, and rapid weight gain.

If you do give ketogenic dieting a try, discuss with your healthcare team any adjustments you may need to make in your diabetes medications. Check your blood sugar often. And listen to your body. If it’s too restrictive for you to maintain and leads to rebounding binges on carbohydrates, it may not be the right approach for you.