How to Use Insulin Pen Needles 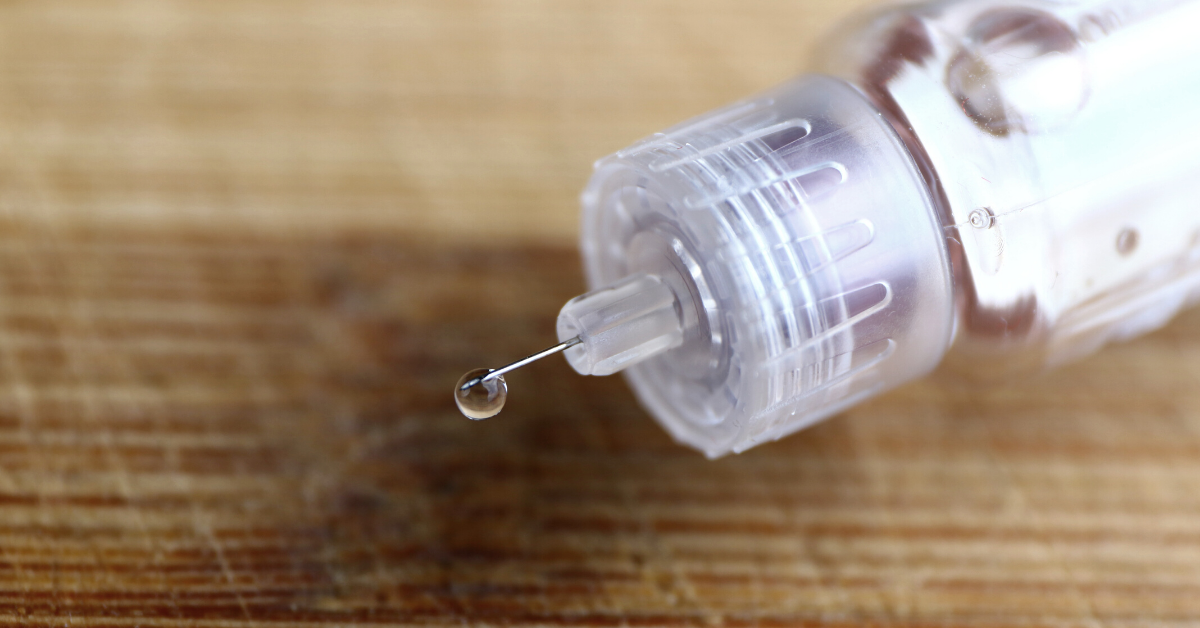 For anyone with type 1 diabetes and many people with type 2 diabetes, insulin is a regular and important part of the diabetes management plan. There are a few different ways to administer insulin, and one of most common methods is with an insulin pen, considered by many to be an easy-to-use alternative to traditional insulin syringes. But, how do you use an insulin pen, and what are the best practices for doing so?

What is an insulin pen needle?

What is an insulin pen?

An insulin pen is a handheld insulin delivery device that takes the place of traditional insulin syringes. It is shaped somewhat like a pen in length, but bigger around like a marker. The shape accommodates housing a cartridge of insulin as well as a plunger that pushes the insulin through.

One end of the pen has a cap. Under the cap is a threaded tip that holds a disposable pen needle. Below the tip is a clear chamber where you can see how much insulin is left in the pen based on the position of the plunger.

The other end of the insulin pen is a button that is pressed to release the insulin. The button is attached to the dial wheel/plunger and releases the amount of insulin selected. Insulin pens are built for insulin dosage precision where a vial and syringe is more loose.

Insulin is a hormone that aids in allowing cells to use glucose, and insulin injections may be needed if the body can’t naturally produce or utilize its own insulin.

How To Use An Insulin Pen

Although insulin pens are fairly easy to use, the below steps should be followed precisely each and every time you inject. This will make sure that the insulin is being delivered properly. Failure to follow these steps can put you at risk or your body might not be able to effectively use the insulin.

Picking your insulin injection site is a personal preference that can depend on a variety of factors.

Your doctor might recommend you use a certain site, or you may feel more comfortable with one alternative over another. Routine insulin should be injected into the subcutaneous layer, meaning it goes into the fatty tissues of your skin but not all the way to muscle.

Many people prefer to use their abdomen for their insulin injections, because it’s convenient and efficient for absorption. The area is easy for an individual to use for self-injection and is one of the most popular injection sites.

Another common choice is the thigh. Ask your doctor about where specifically on your thigh you should inject, though many people use the middle section on top of their thigh. Thigh injection sites shouldn’t be toward the knee or near the hip bone.

Other people prefer their arm. The back of the arm, opposite your bicep, is an area of skin that generally has a little extra fatty tissue. This area might be slightly more difficult for self-injection, but some prefer it as their main site. This can work for some, but if you don’t have enough tissue in that area, you might want to consider opting for one of the other options.

Switching between injection sites is very important. Tissue scarring can occur if a site is used too frequently. If scarring has occurred, it could impact the injection, becoming more painful if the skin is hardened, or even impact absorption.

It’s important that you find injection sites that you’re comfortable with. Insulin injections shouldn’t cause anxiety or stress. Instead, it should become an easy, regular part of diabetes care.

How Often To Change Insulin Pens

If you’re wondering how often you’ll need to buy a new insulin pen, the answer will most likely be on the box it came in. Insulin pens come loaded with enough insulin for several uses until it is empty. Companies set expiration dates for the insulin pens, and diabetes supplies should never be used past their expiration dates.

When it comes to reusing needles, it is not safe and should never be done. When you use a needle multiple times, you’re opening yourself up to infection risk and may not be getting an efficient insulin injection since the needle can dull very quickly after use. Using a dull needle is also more painful and causes damage to your skin. Make sure that you always change the needles and are proactive about your safety.

You should also never share needles. Dangerous infections and diseases can be spread this way, with possibly life-threatening ramifications. Nobody should ever share their needles, even if you think it’s safe to do so.

The Benefits of Using Insulin Pens

Insulin pens have many benefits and come highly recommended for a reason. They’re convenient and can be taken anywhere, ensuring that you have access to your medication no matter where you are. The dosage can also be adjusted, allowing for modifications to your treatment plan as needed (with the recommendation of your doctor).

As long as insulin pens are stored and disinfected properly, they require little else. Insulin pens do need to be refrigerated until they are used, but they can then be kept at room temperature until they run out. Many people like to keep them cool (or at least protect them from heat) throughout their use -- an easy enough task with Diathrive’s Frio insulin wallets.

For those who don’t feel comfortable using the syringe method to deliver insulin, pens can be a good alternative. If you’ve been using a syringe and feel like it’s been too much work, consider switching to an insulin pen.

Thankfully, purchasing high quality insulin pen needles doesn’t have to be expensive either, especially when purchasing through Diathrive -- we cut out the middlemen to save you money without sacrificing quality.

If you’re feeling intimidated about the prospect of an insulin pen, rest assured that you’ll become familiar with the process through experience. Just like with traditional insulin injections, you’ll soon develop a routine that works best for you.

What’s the Alternative to Insulin Pens?

If insulin is part of your regular care routine, pens aren’t the only option. While they may be one of the easier options, the traditional insulin delivery method of drawing insulin out of a vial with a syringe is an option. A doctor or nurse should provide you training on this method, as it will require you to be very specific about how much insulin you draw into the syringe, paired with learning how to properly administer this type of injection. For those that currently use insulin pens but are curious about vials, ask your doctor about making the switch.

There are also insulin pumps. These are for specific types of insulin, including rapid-acting insulin like Humalog and Novolog, which are approved for insulin pumps. Insulin pumps are attached directly to your body and are programmed by the user and their physician to release very small doses of insulin steadily through the day. If someone uses an insulin pump, they will not need to take long-acting insulin, and the user can manually tell the pump to deliver a large dose (bolus) to cover food or treat high blood sugar as needed.

Insulin pens are an easy, convenient way to deliver insulin injections. They can be used on the thigh, stomach, and arm, as well as other sites which can be approved by your doctor.

Insulin pens hold enough insulin to be used multiple times, but the needles should be disposed of after every use. Use a new needle each time you inject insulin. If you have questions about switching to an insulin pen, ask your doctor about which option might be best for you.

When you’re ready to make the switch, consider getting your insulin pen needles from Diathrive (which are compatible with most popular insulin pens). With a triple-bevel cannula, silicone coating, and thin wall technology, you’ll have easy penetration and a comfortable, safe injection every time.