What Happens When You Quit Diet Soda? 30 Days Without It 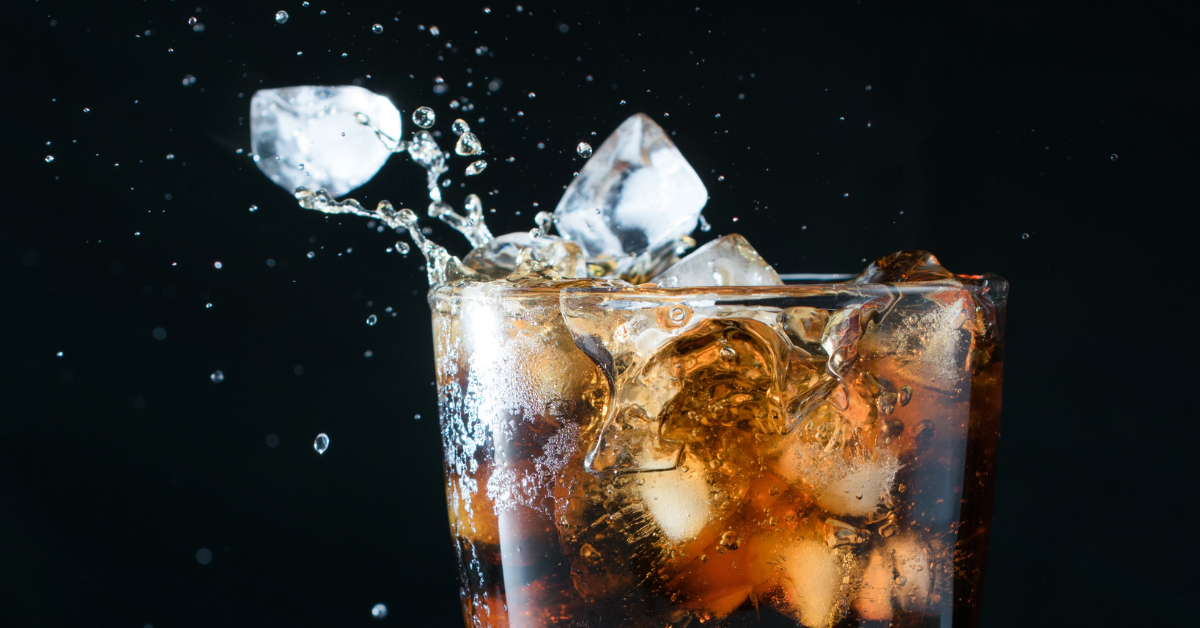 Do you know what you're drinking when you pour a diet soda? Here's what's in it and how it can affect your body so you can make mindful choices. Could you go 30 days without it?

I used to love diet soda. Diet Coke. Diet A&W rootbeer. Fresca (which is secretly “diet” but doesn’t advertise it). All the fuss about aspartame -- I just ignored it. For every study claiming it’s harmful, there’s another claiming it’s harmless.

And then, I found that after going one entire month without drinking aspartame, my tastebuds could finally taste what Diet Coke is truly made of...bubbly water with a whole bunch of chemicals.

That’s when I realized: just because it contains zero calories doesn’t mean it has zero impact on my body. Even if it’s sweetened with something healthier like stevia.

Okay, this is harmless. It is water with bubbles added.

It sounds harmless, but further research reveals that this ingredient has nothing to do with caramel. Instead, it’s actually a combination of other chemicals -- one of which is a known carcinogen (which means it causes cancer). “4-methylimidazole — 4-MEI” is actually banned in the state of California! Coke and Pepsi both attempted to remove the 4-MEI aspect from their caramel color concoction for coke sold in California to avoid having to put a “cancer warning” label on their products. Further testing revealed that it was still heavily present in their products -- including Diet Coke.

This is the big one. While I’ve never heard anyone talk about caramel color causing cancer until researching for this article, I’ve certainly come across a great deal of clammer on aspartame. The most recent and extensive study on aspartame concluded a few important facts about people who regularly consume aspartame:

It’s also been linked in past research to depression, ADHD, headaches, lupus, and more.

Is drinking Diet Coke actually causing you to gain weight?

With a higher acidity level than lemon juice, this ingredient preserves the freshness of your beverage -- but it can also be used to remove rust from your car! Bonus! Regular consumption of phosphoric acid (likely through drinking soda), has been linked to lower bone density, kidney stones, and kidney disease. One study -- published by Pepsi Co. -- claimed regular consumption of phosphoric acid increased bone density.

However, in the end, we also consume phosphoric acid in meat and dairy products. Potentially more than we get from drinking soda.

When combined with the right amount of ascorbic acid and sodium, this ingredient can form benzene...which is a known carcinogen! Period.

Also used in many bathroom cleaners, it’s derived from a process involving mold. (But hey, so is yogurt and kombucha, so that alone doesn’t mean it’s evil.) Large amounts of it, however, can definitely erode the enamel on your teeth if you’re drinking it day-in and day-out. We’re often taught to avoid sugar for the wellbeing of our teeth, but guzzling Diet Coke all day could be having a major impact on your chompers, too.

Well, hey, who doesn’t need a little caffeine every morning? I drink 1 to 3 cups of black coffee every day! But If you’re a diehard diet soda drinker, how much caffeine are you getting? Again, this comes down to quantity.

Yes, it can raise blood sugar levels -- especially if you’re drinking it all day long.

Gary Scheiner, CDE and author of Think Like a Pancreas, explains that caffeine promotes the breakdown of fat instead of sugar for energy, and this stimulates the liver’s breakdown of glycogen. When glycogen is released from the liver it can raise your blood sugar.

Many of the most devoted Diet Coke drinkers I’m friends with throughout the diabetes community have a bottle of it with them wherever they go. One of my friends “in real life” with diabetes has a car filled with Diet Dr. Pepper bottles. He doesn’t drink water. He drinks Diet Dr. Pepper. Every day.

Will you get some withdrawal headaches from abandoning that constant stream of caffeine? Probably.

Drink a little coffee or tea to get a healthy amount of caffeine in the morning. And then, try giving your body some true, pure water!

When you taste that next diet soda 30 days later, it might just taste like what it really is: an icy, cold glass of chemicals.