Fiasp vs. Novolog: My experience using both 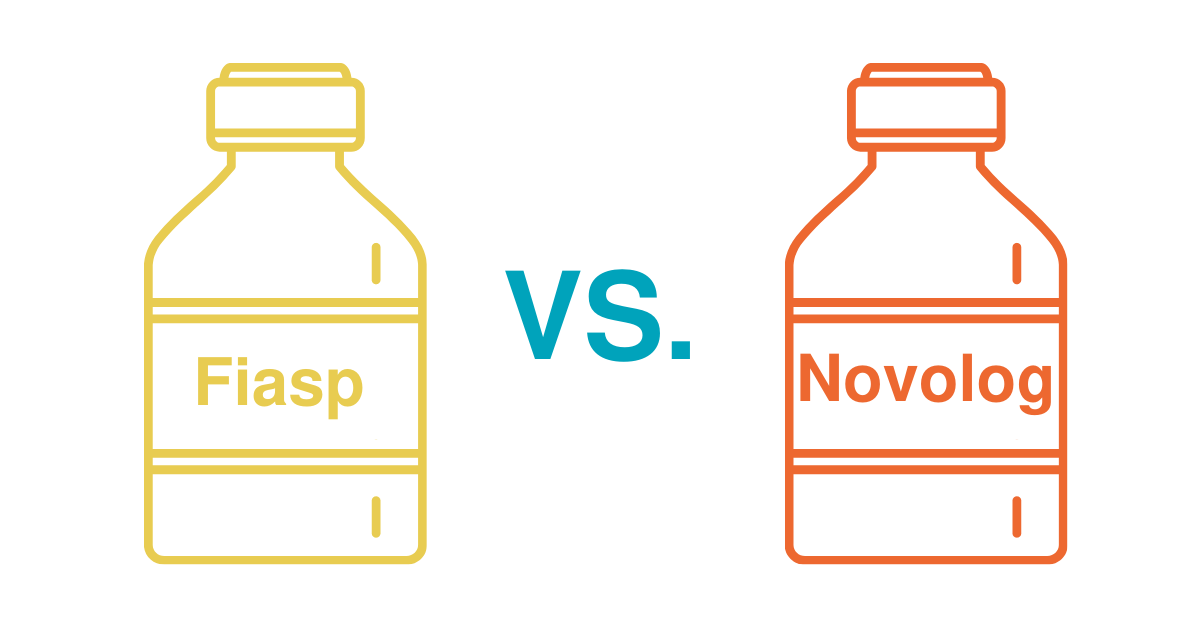 Fiasp, manufactured by Novo Nordisk, is the newest “rapid-acting” insulin on the market. So rapid that it’s often referred to as "ultra-rapid". Of course, I had to try it, right?

Novo Nordisk Inc reports that Fiasp, their rapid-acting insulin analog, appears in your bloodstream within approximately 2.5 minutes after injection or delivery via insulin pump (continuous subcutaneous infusion), compared to Novolog (insulin aspart) which takes about 15 minutes to appear in your bloodstream.

Fiasp is nearly identical to Novolog, except for two differences: it contains vitamin B3, also known as “niacinamide,” and L-Arginine, a “naturally occurring” amino acid.

Vitamin B3: The addition of this B3 vitamin is intended to increase the rate of insulin absorption into your tissue and bloodstream, which means it can begin affecting your blood sugar levels more quickly, too.

L-Arginine: This additional amino acid is said to improve the stability of the insulin, ensuring it is working to manage your blood sugar more steadily once the dose is fully active within your bloodstream.

“The good news is that it is faster than the rapid insulins we’ve been using for the past 15+ years (aspart, lispro, glulisine – brand names Novolog/Novorapid, Humalog, Apidra),” explains Gary Scheiner, MS, CDE from Integrated Diabetes Services and author of Think Like a Pancreas. “The bad news is that it is just slightly faster, and still nowhere near as fast-acting as the insulin the pancreas produces. It’s also not quite as fast as inhaled insulin (Afrezza) or injections of rapid insulin given into muscle.”

Mixed Reviews From the Type 1 Community

When asking the type 1 diabetes (T1D) community online about their Fiasp experience, I received mixed reviews. Everyone seemed to fall into 3 different categories:

Certainly, there are several variables that can influence a person’s experience, but like all medications, no one size fits all and experiences on a medication vary greatly from person to person.

For my personal diabetes care, I currently take insulin via multiple daily injections (MDI) using Novolog for meals and corrections, Lantus for my background (basal) insulin.

When I first started Fiasp back in late January 2020, I was also battling a little sore throat and cold, as well as the stress of buying a new home, selling the old one, and moving into the new home. The stubborn blood sugar levels I was experiencing after switching to Fiasp could easily be attributed to the combination of a mild cold virus and the chaos of moving.

What I experienced was taking my usual correction and seeing little to no change in my blood sugar in the 3 hours that followed. It would take at least two correction doses to get me back down into range. After a few days of this struggle, I finally increased my background insulin, assuming the problem was my temporarily increased stress level.

It’s tricky to create enough solid experiments to test what’s really going on in a blood sugar predicament because there are so many variables at play. (Add a 2.5-year-old and a 5-year-old to the mix, and many experiment opportunities go by the wayside of parenting.)

It takes time to accumulate enough solid experiments to make a conclusion about something as vague as “is this insulin working as efficiently for me as my previous insulin?”

Now, nearly two months later, I feel confident in saying that Fiasp does not work as well for me as Novolog.

Here's what I’ve been able to pinpoint:

For me, I’m not so sure Fiasp offers any benefits over Novolog. I need less Novolog and I'm more able to predict its impact. I’ll be returning to Novolog as soon as I finish this last pen of Fiasp -- if insulin weren’t so expensive, I’d love to switch back to Novolog right now! 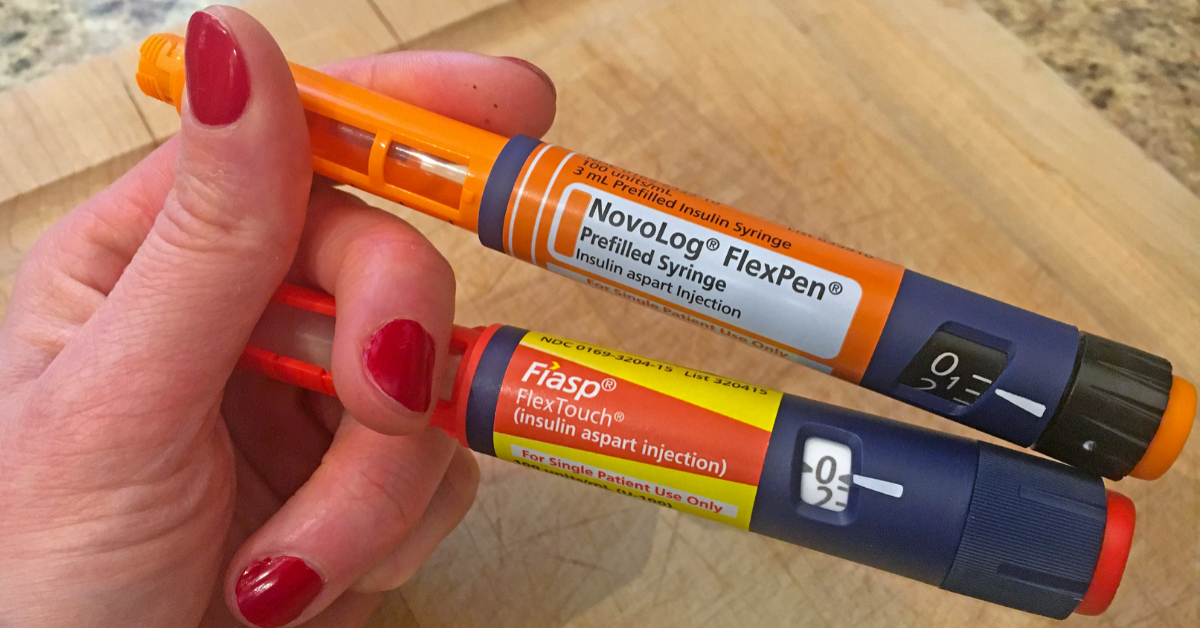 My First Day Back on Novolog

My first day back on Novolog insulin aspart injections confirmed my theory that Fiasp was the culprit of my stubborn heads and post-meal spikes. After just my first meal dosing Novolog again, it was remarkably relieving to see that the mealtime insulin dose I took covered the carbs in my meal as intended.

Why? Heck, I can’t tell ya. I'm not a health care expert there. But I’m glad I took the time to try it, and even gladder that I realized it was the culprit behind my frustrating hyperglycemia lately.

A few quick prescribing information notes about both: